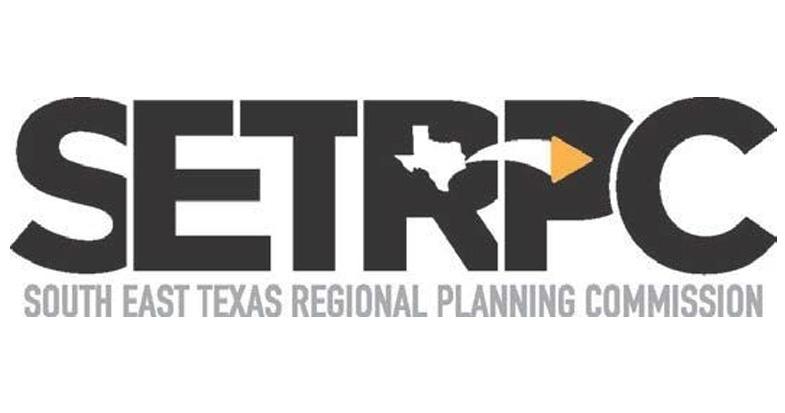 OVERVIEW: In July 2017 the South East Texas Regional Planning Commission (SETRPC) was one of five Texas entities awarded a 3-year grant from the Department of Homeland Security (DHS) on Complex Coordinated Terrorist Attack Preparedness (CCTA) in the amount of $1,076,336.
SETRPC partnered with two DHS Centers of Excellence – the University of Houston, who is providing primary grant related support for the project, and the University of Maryland (START), who is conducting research and providing a micro portal site for SETRPC.Great strides in SouthEast Texas Complex Coordinated Terrorist Attack Preparedness have been made in the last year with many more to come in Year 2. The briefing will provide a high- level overview of where we have been and where we are going. There will also be a segment on individual preparedness for citizens and the public is invited to attend.
Members of the media planning to attend can RSVP to Steve Curran at scurran@setrpc.org.
WHAT: Whole Community CCTA Briefing
WHEN: Tuesday, December 4, 2018
TIME: 10:00am-11:30am
WHERE: Orange County Convention and Expo Center 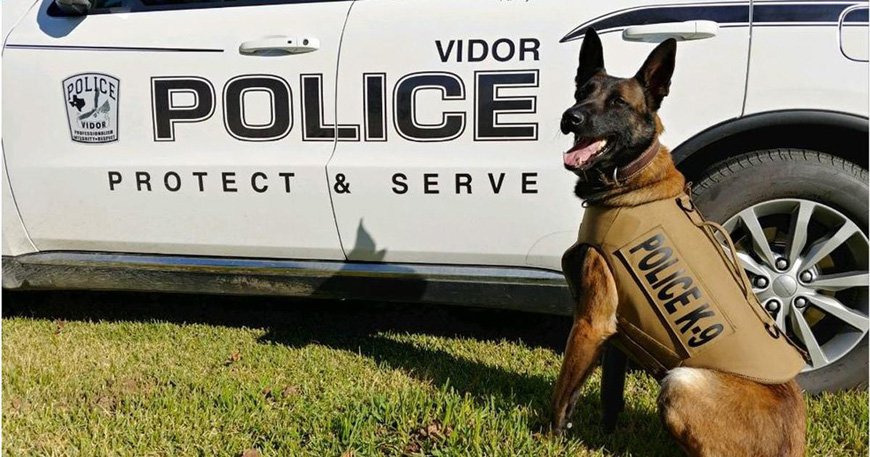 From Chief Rod Carroll - The Vidor Police Department is very pleased to announce the donation of a Ballistic Vest for K-9 Officer Rocky. The Ballistic Vest was donated by Vested Interest in K-9s.

Vested Interest in K9s, Inc. is a 501c(3) charity located in East Taunton, MA whose mission is to provide bullet and stab protective vests and other assistance to dogs of law enforcement and related agencies throughout the United States. The non-profit was established in 2009 to assist law enforcement agencies with this potentially lifesaving body armor for their four-legged K9 officers. Since its inception, Vested Interest in K9s, Inc. provided over 3,100 protective vests in 50 states, through private and corporate donations, at a value of $5.7 million dollars.

The program is open to dogs actively employed in the U.S. with law enforcement or related agencies who are certified and at least 20 months of age. New K9 graduates, as well as K9s with expired vests, are eligible to participate.

The donation to provide one protective vest for a law enforcement K9 is $950.00. Each vest has a value between $1,744 - $2,283, and a five-year warranty and an average weight of 4-5 lbs. There is an estimated 30,000 law enforcement K9s throughout the United States. For more information or to learn about volunteer opportunities, please call 508-824-6978. Vested Interest in K9s, Inc. provides information, lists events, and accepts tax-deductible donations of any denomination at www.vik9s.org or mailed to P.O. Box 9 East Taunton, MA 02718.

The vest was given in honor of Canton, Ohio K9 Officer Jethro that was killed in the line of duty by a burglary suspect on January 10, 2010.

K9 Jethro succumbed to gunshot wounds sustained early the previous morning while attempting to apprehend a burglar inside a grocery store at 1272 Harrison Avenue SW.

Officers had responded to an alarm activation at approximately 1:15 am and located the subject inside. The subject disobeyed officers' commands and Jethro was deployed. The subject opened fire, striking Jethro three times. The man then fled and continued firing at officers, who returned fire.

The man was taken into custody a short time later after he was found and suffering a gunshot wound to his leg. He was subsequently convicted and sentenced to 34 years in prison for killing Jethro and 11 years for burglary, with the sentences to run consecutively. Shangri La Botanical Gardens and Nature Center invites you and your family to stroll through our magically transformed landscapes to enjoy a festive holiday lights experience. Make a Christmas Stroll at Shangri La Gardens a family tradition. We encourage visitors to donate nonperishable food items for Orange Christian Services to support those in greatest need throughout our community.Christmas Strolls will usher in the Christmas season with colorful displays throughout the garden during the evenings of December 8, December 12, 13, 14, 15 and December 19, 20, 21 and 22, 2018, from 6:00 p.m. through 9:00p.m. each night.Our Christmas Strolls are a great way to celebrate the Christmas season with family and friends. Come out and see our beautiful Christmas trees created by talented members of the community.

Along with the stunning festive holiday displays found throughout Shangri La Gardens, each year members of our community sign up to decorate a Christmas Tree as part of our Community Decorate-a-Tree Event. By signing up to decorate a tree, you'll contribute to the festive holiday tradition here at Shangri La Gardens, support those in greatest need through the efforts of Orange Christian Services, and continue growing this annual event that brings the Southeast Texas community together.To sign up, please download the invitation letter and rules and entry form below. Please read the rules and regulations. If you would like to decorate a tree on behalf of your school, business, church, non-profit, civic group, family or just as a group of friends, please complete the form and return it to us by fax, mail or email to help our community celebrate the Christmas season and be a part of the joyous tradition at Shangri La Botanical Gardens and Nature Center. 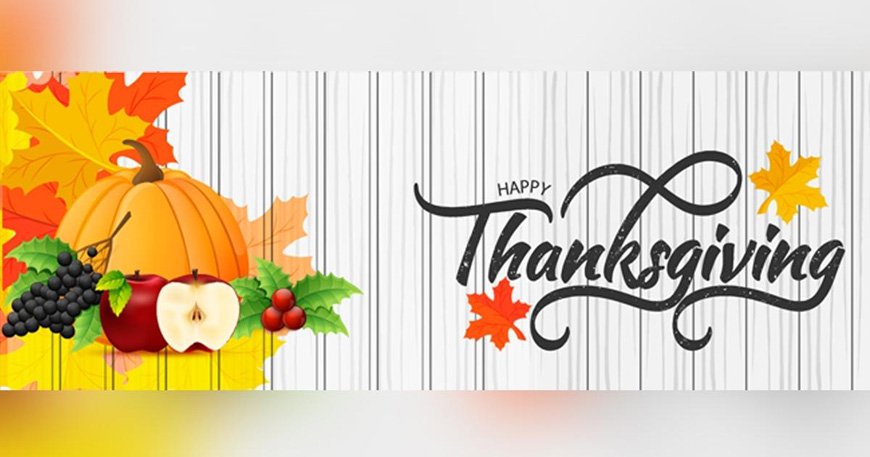 The City of Vidor offices will be closed for Thanksgiving Thursday, November 22 and Friday, November 23. Nevertheless, the Sanitation department will service its usual Thursday and Friday routes, so please have your container out by 6 am. Also, the Vidor Police Department will be patrolling as usual on this long, holiday weekend.

Anyone desiring to make a payment to either the Sanitation Department or the Municipal Court may use the appropriate drop box located in the rear parking lot of City Hall Municipal Building, or pay online at https://cityofvidor.com/pay-online

The City of Vidor wishes everyone a happy and safe Thanksgiving. 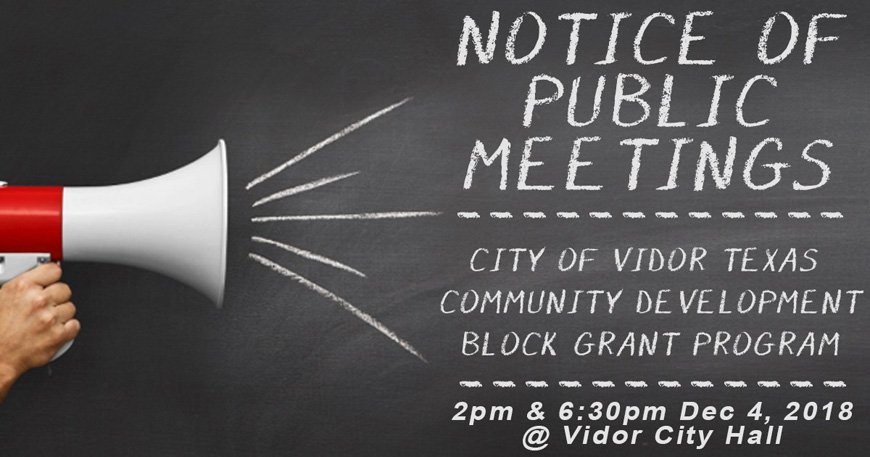 The City of Vidor will hold public meetings at 2:00 p.m. and 6:30 p.m. on December 4, 2018, at the Vidor City Hall located at 1395 North Main Street, Vidor, Texas regarding the submission of an application to the Texas General Land Office for a Community Development Block Grant-Disaster Recovery Program (CDBG-DR) grant.

The purpose of this meeting is to inform citizens of the CDBG-DR funding available to the City for housing assistance and acquisition/buyout and allow citizens an opportunity to provide comments for the development of the City's proposed plan for implementing the CDBG-DR program.

The City encourages citizens to participate in the development of this CDBG-DR application and to make their views known at these meetings. Citizens unable to attend this meeting may submit their views and proposals to Mike Kunst, City Manager, at 1395 North Main Street, Vidor, Texas 77662.

Persons with disabilities that wish to attend this meeting should contact the City Manager at (409) 769-5473 to arrange for assistance.

Individuals who require auxiliary aids or services for this meeting should contact the City Manager at least two (2) days before the meeting so that appropriate arrangements can be made.